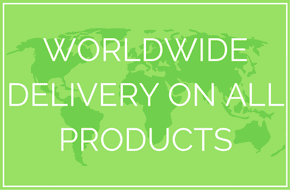 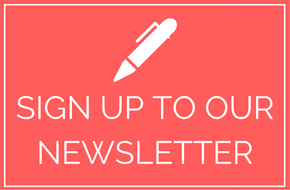 
Running close to 600 pages and listing around 50,000 trains, the Thomas Cook European Rail Timetable was long considered the InterRailer's bible until it was discontinued in August 2013. However, thanks to the persistence of John Potter, one of its original compilers, the timetable was re-launched as an independent guide after Thomas Cook handed over the rights to the publication. Aside from the duration of  WW2, the timetable has been in continuous publication since 1873 and we at ERT are proud to continue its heritage.

The timetable is now compiled by a 6 strong team of former Thomas Cook employee's who each specialise in a different geographical area. In addition to John the ERT team consists of Brendan Fox, Chris Woodcock, Peter Bass, Reuben Turner and Peter Weller. We also have two additional compilers, Graham Benbow and Richard Stirk. The process of compiling the timetable is still very manual, relying on data from many different train operators or in some cases passionate locals. The traditional monthly timetable, with its distinctive red cover is now published four times a year in printed form in February, April, August and October.
The June (Summer) & December (Winter) editions of the timetable are extended seasonal editions with a colour picture cover. These very popular editions cover timings for the main holiday periods and feature all of the 'Beyond Europe' sections and an extended 'Rail Extra' section which gives an overview of rail travel and tourist and heritage lines by country.

All 12 timetables are also available in digital form as an e-book which can be viewed on a PC, tablet or smart-phone.


The  ERT is an essential publication for anyone travelling around Europe by rail or who in any way requires knowledge of train times and routes. Its coverage is extensive, from Britain and Ireland in the west to Russia in the east. All of our timetables are very comprehensive and each edition will contain the following:

• Timings for all major international routes across Europe
• Country by country timings for principal domestic services and selected tourist routes
• Schematic maps of all major rail & ferry routes (international & within each country)
• An index of places by table number (direct access to specific schedules)
• A list of the symbols used and how to read the timetable (also translated into Italian, German, French and Spanish)
• A calendar of public holidays and time zones
• Timetable news and updates since the previous edition.
• Travel Information including specific details on seat reservations, catering, tickets and supplements,
• City Station location plans
• Selected sleeper services, cruise trains and car carrying trains
• A listing of scenic rail routes throughout Europe and the table number where they can be found.
• Airport links
• Shipping operators and the timings for the major ferry routes across Europe
• Timetables from 'Beyond Europe'

The original 'Oversea's Thomas Cook Timetable' is no longer in publication, instead we now try to cover as many of these overseas tables as we can in our European timetables. In each of our monthly editions we publish a different 'Beyond Europe' section covering international tables from major train routes across the world. The extended Summer and Winter timetables contain all of our Beyond Europe sections -